Stage IV: Everything we can't fit in our season, and more!

Working on a new script that you'd like to workshop? Have a crazy idea to pitch? Want to get involved with a low time commitment project? Stage IV is for you! Check out all the great projects we do throughout the year or dive right in with your own! Applications to produce or direct a Stage IV can be found here.

By Charles Dickens
​
One of Mask & Bauble's most loved traditions, the club puts on a production of Charles Dickens' classic story each winter during the last week before final exams in Dahlgren Quad, coinciding with performances from a cappella groups, readings, and the University's annual Christmas tree lighting. 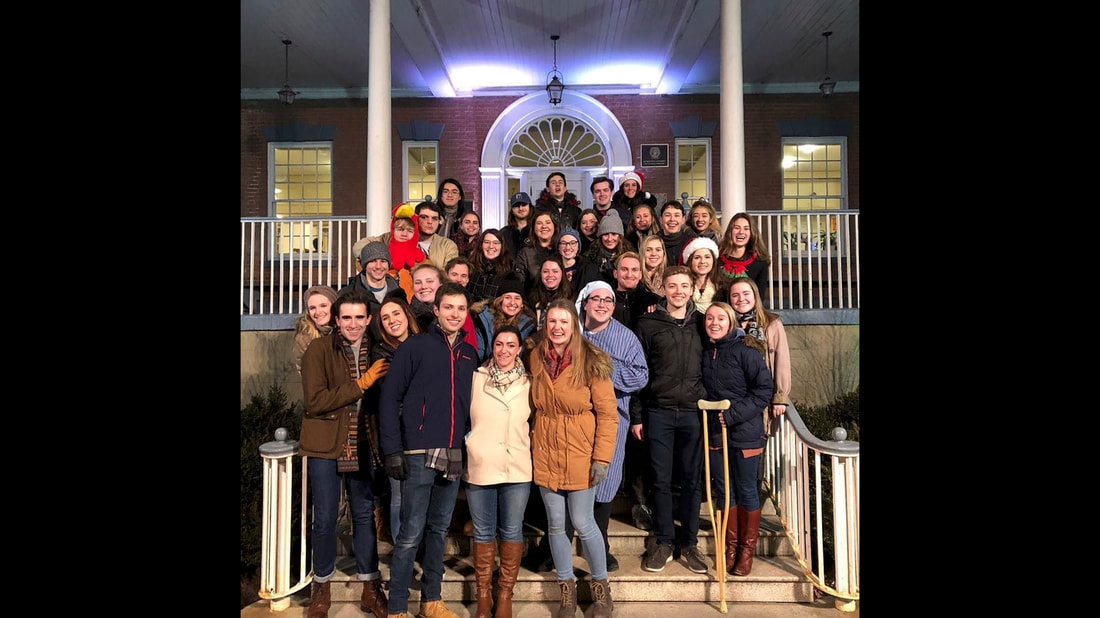 Every spring, Mask and Bauble presents a night of scenes where directing applicants and anyone else interested can show the club a scene that they have directed.

Night of Musical Scenes will occur during the the fall semester and feature a number of different songs from musicals across the centuries. This revue is sure to get great reviews under the stewardship of Director Maddie Warner. Keep an eye on our auditions page for more updates!

Midnight Theater is an opportunity for script writers and adapters to create fun, half-hour plays. Some examples of potential Midnights include parodies of the ticketed show that is running at the time, a comedy about current events, or a student-written farce. Midnights are generally at 12AM on the Friday or Saturday night of our ticketed shows and are free to the public.